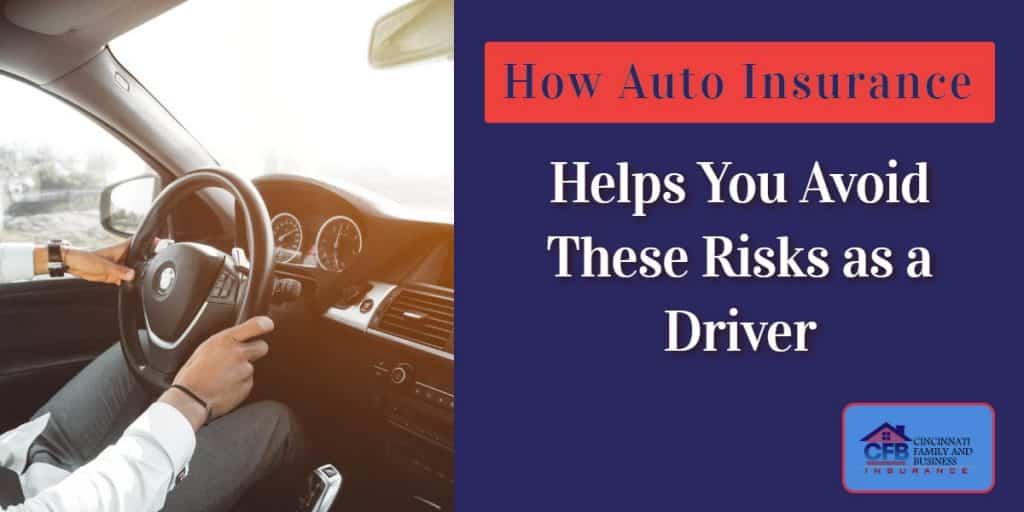 How Auto Insurance Helps You Avoid These Risks as a Driver

You may not realize it, but auto insurance helps in a variety of circumstances, and it can leave you wishing that you had bought more in many cases. Unfortunately, as a driver, you have many risks that you will face and can’t avoid, and you need to have the right setup to avoid some of these dangers. Let’s have a look at some of the ways that you can avoid these risks as a driver.

One of the biggest risks that you face comes from causing a car accident. Let’s say that you didn’t have car insurance. In those cases, you could be charged with vehicular manslaughter if someone died as a result. Most people who get into an accident like this will have to pay a fine for a ticket at the least, but the cost can go much higher than this. You can lose your freedom. Having auto insurance helps to mitigate this risk because of how the laws have been set up. However, this will differ from state to state, and each state is different in this way.

In the event that you or someone on the road gets injured, liability insurance will pay for the bodily injury and the damage to the property. You are covered from any losses that may have occurred.

Risk of Damaging Your Car

This danger doesn’t necessarily involve another driver. In some cases, you could be driving down the road when suddenly a deer runs out on the road and gets hit. Collision coverage will help you to cover the cost of repairs from a damaged vehicle. If you don’t have car insurance and you were to hit the same deer, you’d simply be out of luck when it comes to getting coverage for it. Collision helps to cover you in the event that you damaged your vehicle, and it will compensate you for the repairs. Provided that you have the right level of coverage, you can get covered for the entirety of the vehicle if you take a big loss on the vehicle.

Texas once went on the record to say that they had suffered more than $4 billion in damages from hailstorms. In Colorado, 20,500 claims were filed in a single year, and this goes to show the level of threat coming from hailstorms. The areas that hailstorms can particularly damage include:

When you have comprehensive coverage, this covers you for things that might happen outside of a collision. However, with every insurance policy, you should acquaint yourself with the specific terms inside of your policy so that you can figure out how to best proceed. Without comprehensive coverage, this will exclude you from getting covered if your car is damaged because of hail or something else.

Hit by an Uninsured Driver

What happens if you were hit by an uninsured driver? Without having insurance on your part, the risk is that you’d have to pay for the damages out of pocket. However, if you have coverage, even if the other driver doesn’t, you will still get covered based on the uninsured motorist coverage clause. This means that you will be covered for the cost of your bodily injuries. In addition, you will also be covered by a case where you were hit by a motorist who was underinsured, but they didn’t have enough coverage to pick up on all the damages. In those cases, your own insurance will step in to cover you.

Daughter Injured in a Car Accident

Let’s say that you have a daughter, and you let her drive the car for a school event. However, on her way home, she was hit by a drunk driver. Your daughter and one of her friends was injured as a result of the impact. What do you do now? If you have insurance, you will be covered for medical expenses. Even if your daughter were to have come around a corner too fast and hit a tree, she’d still be covered regardless of who was at fault in the accident.

Unable to Work During Physical Therapy

What happens if you were injured in an accident, and you couldn’t show up to work for several days? You were at physical therapy, which was helping you to recover. If you didn’t have insurance, you’d have to take a loss on work, but if you had car insurance, based on the Personal Injury Protection clause, you will receive help for rehabilitation and medical expenses. This also covers you for any lost wages that may have occurred as a result.

Having car insurance helps you avoid these risks as a driver. You can’t predict when an accident will strike, but having insurance is like a type of preparation for if the worst-case scenario were to come true. Under those circumstances, you would be covered because insurance helps to lower these risks. It gives you extra cash on hand in the event that you were injured in an accident. Car accidents can be highly debilitating, and every year, 1.25 million people die on the highways as a result of a car accident. Taking measures to protect your family is one of the most important things that you can do.